Political, business, and health care leaders from across the nation gathered to dive deeply into our nation’s top policy priorities in an effort to move forward in today’s uncertain healthcare environment.

What a period for healthcare reform in the United States!

In addition to some general comments about healthcare policy and politics, today’s sessions addressed topics such as the following:

As is happening more and more at many of today’s top healthcare conferences, conference proceedings, insights and other information were shared on Twitter – among other social channels. Here’s a sample of some interesting shares from Day 1 of the 2017 AHIP National Health Policy Conference.

Thanks to all those noted below who took the time to share with those who were unable to attend the conference.

Keep on Top of More Insight on Healthcare Reform

The #HITsm tweet chat is a popular Twitter chat about healthcare information technology and related topics.  The chat is sponsored by @HealthStandards and is held every Friday at 9:00am PT. This week, the theme of the #HITsm chat will be the Top 10 Challenges for Healthcare Executives and the chat will be moderated by HCEG’s very own Ferris Taylor, COO of Arches Health Plan.

The HCEG Top 10 list is developed by HCEG members each year and forms the basis for examining critical priorities, challenges and issues faced by health plans and healthcare providers in the post-reform era. The #HITsm chat will present five topics intended to support and compliment the 2017 Top 10 Challenges & Issues list.

Topics for the #HITsm Tweetchat

Topic 1: What do you think are the main issues and concerns facing healthcare organizations?
Topic 2: What are some ways to identify and prioritize challenges and issues specific to your healthcare organization?
Topic 3:  How can you establish an environment that communicates the importance of change and welcomes opinions and new ideas?
Topic 4:  What are some ways to inform & engage others – in your firm & broadly across industry – in large transformational initiatives?
Topic 5:  Why do you think healthcare innovation lags that of other industries? And what can be done to ameliorate that?

Based on HCEG member input and sponsor research, the HCEG Top 10 list serves as the basis for continuous and evolving dialog on the main issues and concerns facing healthcare payers, providers and other constituent organizations. The Top 10 list has been published every year for the last decade and you can find more information on this year’s list and previous year’s Top 10 lists here. In addition to serving as the basis for a wealth of research, white papers, webinars, blogs, and formal and informal discussion opportunities available throughout the year, the Top 10 list serves as the basis for The Industry Pulse: a research survey project executed via a partnership between HCEG and Change Healthcare.  This survey will be available October 31st and all #HITsm tweet chat attendees are encouraged to take the survey:  IndustryPulse

Come join the #HITsm tweet chat this Friday, 10/28 at 9:00am PT to discuss the Top 10 Challenges for Healthcare Executives. And check back here after the chat for a summary of the information shared on the topics discussed. Also, consider following HCEG on Twitter.

The HCEG Top 10 List – Innovating and Transforming the Healthcare Industry

The HCEG Top 10 List – Innovating and Transforming the Healthcare Industry

Each year for the past 12 years, the Healthcare Executive Group ideates and defines a list of the top 10 challenges, issues and impacts that its healthcare executive members think will be their primary focus for the following year. The HCEG Top 10 list is intended to drive healthcare innovation and transformation throughout the industry by serving as the basis for continuous and evolving dialog on the critical healthcare issues and concerns facing HCEG’s member organizations. Over 100 HCEG members and sponsor partners developed the 2017 Top 10 list during its Annual Forum held on Sep 11th through the 13th in New York City. As Ferris Taylor, HCEG Office of the Chair and COO of Arches Health Plan noted: “This year’s Top 10 list was derived from an initial list of 27 topics, and reflects the incredible transformation taking place (and needing to take place) in customer-centric services provided by health plans. As discussed at our Forum, technology and innovation are moving quickly. Our members see these 10 trends having lasting impact in the way we all become engaged, digital consumers and responsible healthcare stakeholders.”

In addition to serving as the basis for a wealth of research, white papers, webinars, blogs, and formal and informal discussion opportunities available throughout the year, the Top 10 list serves as the basis for The Industry Pulse: a research survey project executed via a partnership between HCEG and Change Healthcare.  The survey will be available October 6th through October 31st to an expanded group of healthcare executives, analysts and industry though leaders. Joint research between the HCEG and Change Healthcare will be conducted to expand on the list and to detail how certain healthcare organizations address the Top 10 items via different trajectories.  This research will enable participants to benchmark how their own organization is tracking against these varying approaches and consider alternative strategies. A white paper containing comprehensive survey results and analysis will be available in early December. Take the survey today.

As the title implies, the webinar presented information on digital health and how health plans can utilize digital commerce programs to remain competitive in today’s healthcare market. The presenters also offered various ideas and approaches for developing a digital commerce strategy. There was a Q & A session at the end where participants raised some good questions.

Additional Insight from the Webinar

The webinar provided a lot of statistics, information and actionable ideas for webinar attendees. The reader is urged to view the webinar where they will be presented with informative slides, information, ideas and comments like the following:

What must payers understand about digital commerce?

Some Questions from the Audience

The following were some of the questions raised during the Q & A. Listen to the recording to hear the responses.

The HealthCare Executive Group (HCEG) is a national network of select executives from across the entire healthcare spectrum; coming together to continually learn, grow, share and reshape the healthcare industry. HCEG periodically sponsors webinars. For more information on becoming a HCEG member, see Why Join HCEG? on the HCEG website. You can also follow HCEG on Twitter and like them on Facebook.

The Growth of Provider led Health Plans in the Individual Market

Offering a health plan can give health systems a variety of strategic and economic advantages. The decision is not without risk, however. To benefit from this move, health systems will need to understand their consumers. A recent analysis provided by McKinsey & Company explains the growth of this business model and examines the key factors tied to success.

Between 2010 and 2014, the largest enrollment growth for PLHPs in percentage terms occurred in the individual market. One of the primary drivers of this growth is the fact that many providers introduced public exchange plans as a way to drive volume. During that time, enrollment increased from about 270,000 to 670,000 members. This represents annual growth of approximately 25%. The number of providers offering health plans in the individual market rose to 55 from 36 during that span of time. The CO-OP shutdowns and losses incurred by large insurers, combined with heightened penalties for being uninsured, indicate that further growth in this market is likely for PLHPs.

Despite the significant increase in overall enrollment, most PLHPs remain comparatively small. In 2014, only five providers had plans that cover more than 500,000 members. In the aggregate, however, these plans had a fairly large market share. A regression analysis recently provided by Deloitte indicated that market share drives profitability for the PLHP model.

Since 2014, PLHPs have become more price competitive on the public exchanges. In the first open enrollment period (OEP), they were the price leader (the carrier offering the lowest-priced silver plan) in 15% of the counties where one or more PLHPs were available. That percentage rose to 19% in the 2015 OEP and then to 26% in 2016. PLHPs were especially likely to become price leaders in areas where CO-OPs exited the 2016 exchanges.

The possibility exists, however, that competition on the basis of price is not the appropriate strategy for PLHPs. The rise of healthcare consumerism has substantially changed what many people want from providers and health insurers. These changes play into the hands of PLHPs in many ways. If providers want to use health plans to increase volume, however, they must understand consumers price sensitivity and benefit preferences.

While people who buy health insurance for themselves tend to prefer low-cost plans, they do not base their purchasing decision on price alone. People have demonstrated a willingness to pay more for features that provide added convenience, such as guaranteed appointments, after-hours appointments, telemedicine services, and weekend appointments. The data also indicate that consumers are willing to let their health information be shared between insurers and providers.

Another important element to consider is the administrative model that these systems choose to employ. Often, the administrative infrastructure used to set up a PLHP is similar to that of a stand-alone health plan (granular claims requirements, extensive prior authorization lists, utilization management and care management prerequisites, etc.). This represents a lost opportunity for PLHPs, who really should take advantage of the chance to rethink the traditional payer administrative infrastructure. Because most provider-led plans cover 150,000 lives or less, it is impossible for them to attain the benefits of scale using the traditional payer administrative model. Greater efficiencies and reduced costs can be discovered by aligning policies between the health system and the health plans business units to achieve a level of cohesion that traditional payers simply cannot.

Health systems with their own health plans have an important advantage: integrated claims and clinical data that can allow them to produce sophisticated analytics. As a result, they should be able to make the most of opportunities for better medical management by identifying at-risk patients, offering them appropriate preventive care, and, when necessary, intervening early.

There is an opportunity for PLHPs to consider pricing and product benefits in a new way. The product benefits should be tailored to the strengths of the care management offered by the underlying health system. As with any business, location is a critical component to the success of a PLHP. The most suitable place for a PLHP is a region where the health system has a large share of a consolidated provider market and the level of payer consolidation is low. 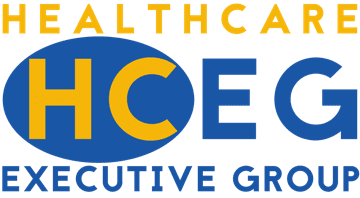 Join the HCEG community and stay engaged the way you want to!